Plugin that allows a player to morph into mobs

This plugin adds a Morphs system to PMMP. Players can morph into most mobs available in the game. Players can also morph into baby versions and upside down versions of the mobs. The morph is only visible to other players and doesn't display to the player itself. Possible usecases include: Selling Morphs as cosmetics, Roleplay servers, Hide and Seek servers and anything else a server owner might want to use it for.

Admins can give players the permission burgermorphs.<morph> to give a player access to a specific morph. For example:

Additional morphs can be found by using /morph list

The /morph UI can be seen below: 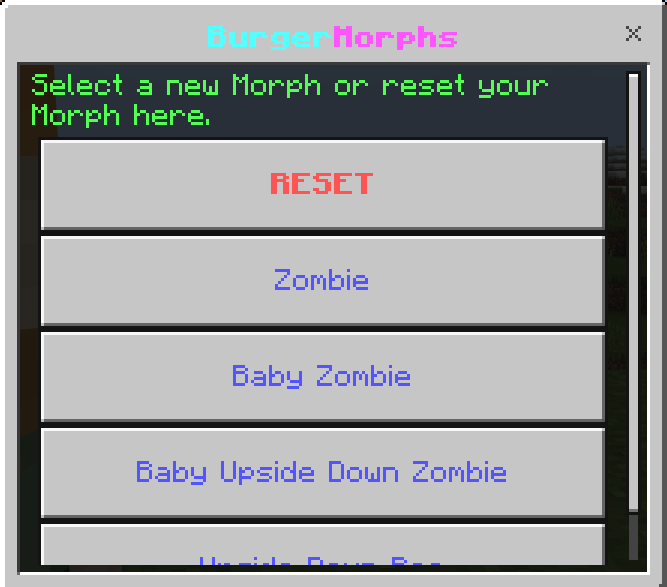 For a video recording of the plugin in action, visit https://imgur.com/liiYYD1