Hello, and welcome to WFT.

This is the official recode of my old plugin WFT, witch had some issues. Overall I was not happy with the result, the code was messy, it was all in one file, there was useless and in-efficient code, with a hard api to use, so decided to recode it.

I have added features, because I felt the plugin needed them, and removed features, as some features where not needed.

Migration: This should have been added on 1.0, but texts from WFT-OLD will now be automaticly migrated to WFT format.

Language support: You can now change the language of the plugin to suit your server.

Display identifier: You can now turn on or off the option to see the texts unique identifier (Much like Texter, but optional).

More tags: Added many more tags for better, they are also player specific.

Per-Player texts: Players will now get a specific text depending on what tag you use.

Efficient and pretty code: The code in this plugin is WAY more efficient and clean that the old plugin. The code is also spaced out in multiple files. 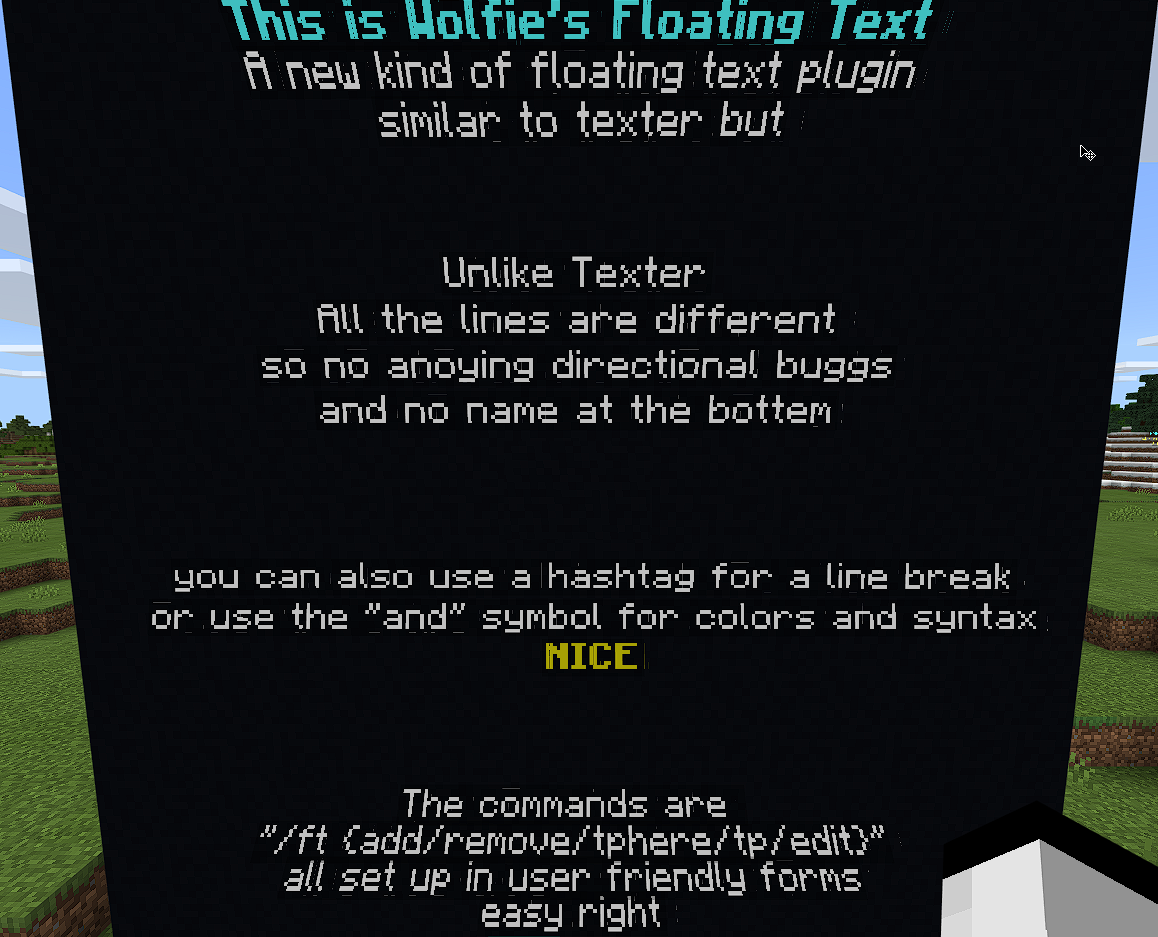 See how to create your own here

But feel free to add your own!

That's it, the rest is handled by the plugin

I would like support for the language "Old English"

WolfDen133
Make your own and add it to the lang/ folder, use the en.yml for a base of how and what to use!

Plugin are soo good but can u add Turkish?

WolfDen133
The turkish lang is in the next update!